Ethiopia and Algeria have revealed plans to enhance trade relations 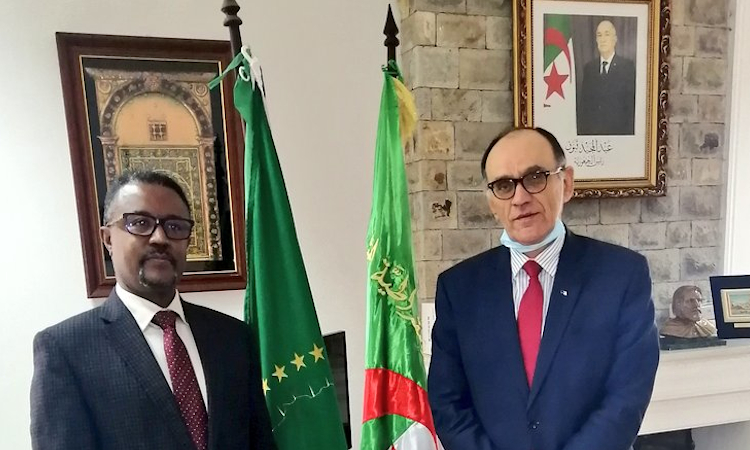 The Ethiopian Ministry of Foreign Affairs has revealed that Ethiopia and Algeria are in the process of laying out policies to enhance trade and diplomatic relations in a discussion held between Ethiopian Ambassador to Algeria Nebiat Getachew and Algeria’s Minister of Trade, Kamel Rezig on December 29th.

Both officials remarked on the eagerness that the administrations of both nations have in bolstering ties. Trade was outlined as the major avenue for strengthening the relationship that the countries currently have.

Ambassador Nebiat also outlined the need for revitalizing and renewing previous trade agreements to facilitate changing economic realities within both Ethiopia and Algeria. Minister Kamel, on the other hand, noted the unique opportunity that the upcoming AfCFTA provides for Algeria and all other African countries to strengthen existing relationships and forge new ones.

An important bilateral move that is expected to drive trade relations is the establishment of an Ethiopia-Algeria Business Council similar to the ones Ethiopia has with nations like Egypt and others.

In the meantime, however, the Ethiopian Embassy in Algeria is going to be hosting a webinar focused on business between Ethiopia and Algeria on January 18th, 2021 as part of plans to create stronger ties between the business and investment sectors of the two countries.